Lanny Joon is adamant when it comes to what it takes for people to get off the couch, take care of their health and not fall into a lethargic pattern while at home.

“Turn off the TV, turn on some music that motivates you,” said Joon, owner of Joon Boxing, a one-on-one boxing workout company. “There's no secret to working out, you just do it. People who are trying to find the right answer or trying to find the right motivation, those people will never make it to their mark because they're playing a game that doesn't exist.”

Joon, who was a competitive swimmer for 15 years, practiced Taekwondo for eight years, boxed for 12 years, and practiced Muay Thai for two years, has absorbed the teachings of many coaches and high-level athletes. A piece of advice he gained from a Navy SEAL is something he correlates to his home exercise program.

It’s that bare bones mentality Joon has for assembling a home exercise program. There’s no need for a closet full of equipment. Instead, use what you have - your body weight.

“If the normal person does that every day, they'll see results,” he said.

He says the motivation to maintain a healthy lifestyle is like a light switch. You have to be ready to turn that switch on once it’s time to dive into that fitness or boxing exercise program, even if it’s at home.

“Americans are always looking for the next workout or the next machine,” he said. “They're always looking for the easy way out, but unfortunately that's the path to bullshit. That's the path to people breaking their diet, breaking their workout At the end of the day, it just has to be hard and you just have to get used to it. That’s the only way. In terms of motivations, there’s no gradual trajectory. It’s a switch. It’s on or off.”

Instead of saying you're done, there's always an extra echelon of success that you can have in terms of life, fitness or whatever it is.

The goal is to carry a mindset of determination not just while pushing yourself at home, but also maintain it and bring it back to the gym.

“It's great to feel great about yourself and to, you know, acknowledge what you've done, but that needs to get to a place of normal normality,” Joon said. “And then you move up to the next echelon of fitness, but people reward themselves too much. They get to a place and then they get complacent and instead of saying, OK, I've made my mark, let's create a bigger mark, they say, OK, I'm done. Instead of saying you're done, there's always an extra echelon of success that you can have in terms of life, fitness or whatever it is. And I'm not saying be greedy, but I'm saying, understand your worth and know that the second you know the answer the second you think you've made the limit or the mark, the second you think you know, you lose out on everything. You should be questioning: What more can I do? What else can I do, once I've met my mark?”

This is one story in a series of articles with some of the best home workout programs we hope will keep you motivated and active at home. 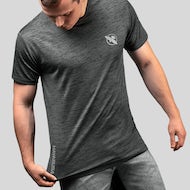 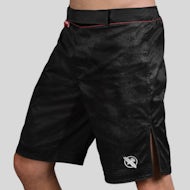