In the land of stars, glitz and glamour, better known as Los Angeles, it’s imperative to hold tight to every ounce of discipline you can. Otherwise, life can slip into a precarious state.

Johnathan Washington is well aware of that.

The retired U.S. Marines war veteran went from his hometown of Washington D.C. to Los Angeles chasing his dreams of being a part of the film industry. Having already transitioned from soldier to student, graduating from Lancaster Bible College in Maryland, he moved to L.A. at the end of 2015. Once there, Washington enrolled in The Los Angeles Film School and graduated in 2018.

The former ammunition technician, who was based at Camp Pendleton for four years, has navigated beyond the potential pitfalls and has taken all he’s learned in the military and applied it to his pursuit of success in LA-LA Land.

“Hollywood is a very challenging place to be,” he said. “And if you kind of forget where you came from and forget who you are, then you fall victim to a lot of different circumstances. So staying true to myself and just keeping a regiment (and) plan out where it is that I'm going and just staying disciplined within that is how I progress.”

Washington, who is also an independent filmmaker, has landed a number of acting roles thus far, including one as a member of a governor's security detail in Season 3 of S.W.A.T.

Having served in areas like Kuwait, Oman, Bahrain, Djibouti, and Jordan, among other locations for the Marines, Washington understands what it means to meet mission critical goals. Oftentimes, those objectives were crucial, life or death circumstances. Needless to say, he’s gained a unique perspective when it comes to zeroing in on and achieving goals.

Washington, a certified personal trainer, suggests writing goals down on paper as a level of commitment to those plans, eventually seeing them through. Instead of allowing those ideas to stagnate in your head, this method urges a person to pursue the completion of those intentions.

“Write out what it is that you want to accomplish daily and then stick to it,” he said. “Just go through, one by one if it needs to be an order that helps you more. Just do it. Just stick to it and get it done. Small accomplishments. It doesn't need to be anything, you know, too grand. You want to be able to accomplish it, whether it's going to the cleaners or something small.”

In addition to his military background setting the tone for his discipline, Washington also played basketball on the collegiate level. His training during that time was a mix of basketball and football-centric drills, testing him not only physically, but mentally.

In his role as a personal trainer as well as for himself, Washington uses boxing to stay sharp in several ways.

“You have to keep a certain focus in boxing because it's just you [and] your soul,” Washington said. “You represent yourself. You don't have any team to support you. It's just going after it. That's pretty much it. There are no excuses.”

Lessons he absorbed as a veteran and athlete became crucial as he entered a chapter of life that seemed insurmountable. After relocating to Los Angeles and enrolling in film school, Washington received unsettling news. His son’s mother left the D.C. areas and relocated more than 11,000 miles away to a U.S. territory in the South Pacific Ocean. Instead of preparing for a life with his son in it, he had to face the potential of not seeing his son at all.

“He's my 'why' in life,” Washington said, “so it kind of tore me apart and I had to keep moving and to keep producing. I had to keep progressing. I was in school, I had a lot of things going on. It was a tough situation and sometimes I’m still going through now. And that was definitely one of the most challenging moments in my life that I'm dealing with, but if I remember my 'why' nothing else can stop me.”

He has since been reunited with his son.

In the end, all the examples of discipline he’s experienced throughout life has had a direct correlation to being a fighter.

Warrior In A Garden

Hands Made for Tattooing and Punching

Jo Colette | Hands Made for Tattooing and Punching 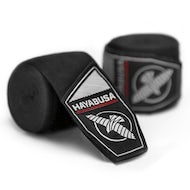