Together, Master Carlos Machado and Hayabusa have collaborated on this series to bring you lessons, techniques, and methods never seen outside of highly exclusive seminars. Carlos Machado has devoted more than 50 years of his life to the ‘Gentle Art’ of Jiu Jitsu and currently holds an 8th Degree Coral Belt.

The methods and teachings in this series are suitable for all levels, and they solidify fundamental skills that will help to improve your ground game 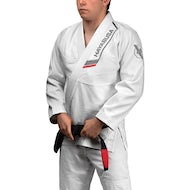